Giving in the “K”​ shaped recovery 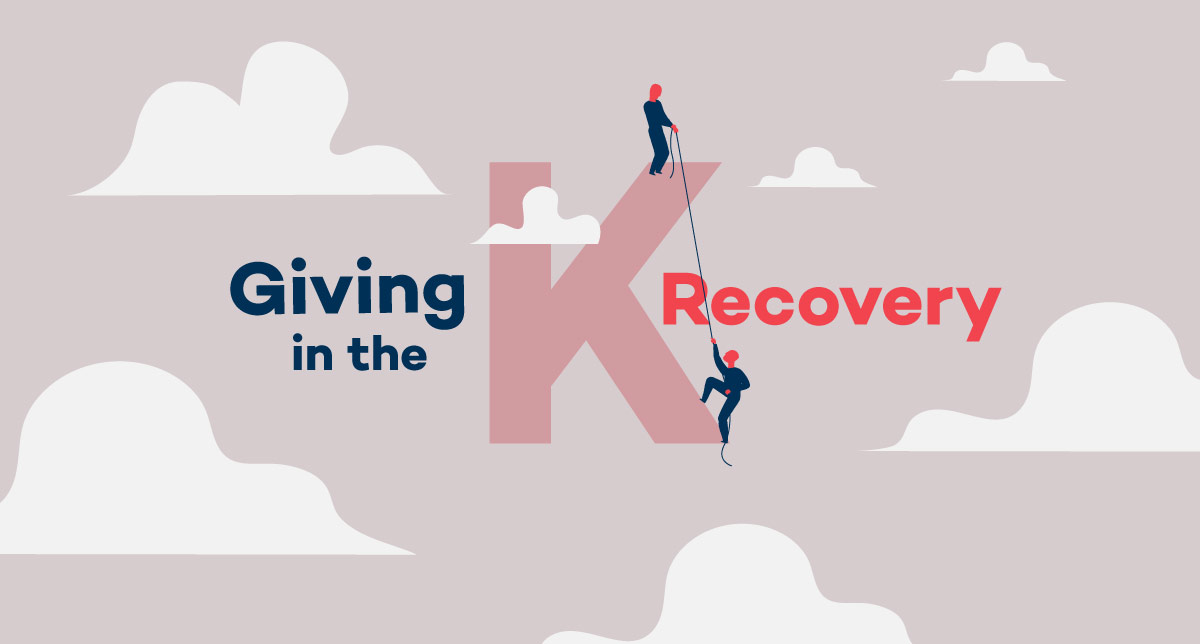 Giving in the “K”​ shaped recovery

Many of us have heard that we are in a “K” or “K-Shaped economic recovery. What does that mean exactly? According to Investopedia:

“A K-shaped recovery occurs when, following a recession, different parts of the economy recover at different rates, times, or magnitudes. This is in contrast to an even, uniform recovery across sectors, industries, or groups of people. A K-shaped recovery leads to changes in the structure of the economy or the broader society as economic outcomes and relations are fundamentally changed before and after the recession. This type of recovery is called K-shaped because the path of different parts of the economy when charted together may diverge, resembling the two arms of the Roman letter “K.”

In laypeople’s terms, from a business standpoint it means that there’s a recovery for some industries at the exact same time as there is a decline into difficulty for others. Some of you reading this are on the upward arm of the “K” and some on the lower. There is a lot of focus on what those on the lower arm of the K aught to be doing. I would like to today to focus on what those of us on the upper arm of the K aught to be doing, because there but for the grace of G-d go all of we.

My company and I are incredibly fortunate be on that upper arm of the “K”. We are in ecommerce fulfillment riding the tidal wave of growth in digital retail that has resulted from the COVID-19 Pandemic whereby a decade of consumer adoption has been compressed into 6 months. But there are other companies also in the stay-at-home sector that have experienced the same sort of growth.

Sometimes when I meet someone and ask what they do and how things are going, or conversely when I am asked the same I am faced with the disquieting realization that in any group setting there are those who are flying high and those who are hurting, and it’s embarrassing to say “We’re doing better than ever” when others are doing worse than ever. So what do we who are fortunate do, and how do we cope with this survivor guilt?

Well, as in the image above, if you find yourself at the top of that “K”, throw a rope down for others to join you up there. How?

There are lots of ways:

I am thankful to be part of a company that has used its moment at the top of the “K” to proactively uplift those at the bottom of the “K” in every way listed above. There is so much more yet to be done. Throw that rope down to others – let’s get to it.

Stay safe, enjoy the holidays, and may we all be uplifted over the coming year.

Article by Esther Kestenbaum, President of Ruby Has.