Thought Leaders in E-Commerce: Interview with Rafael Zakinov, CEO of Ruby Has 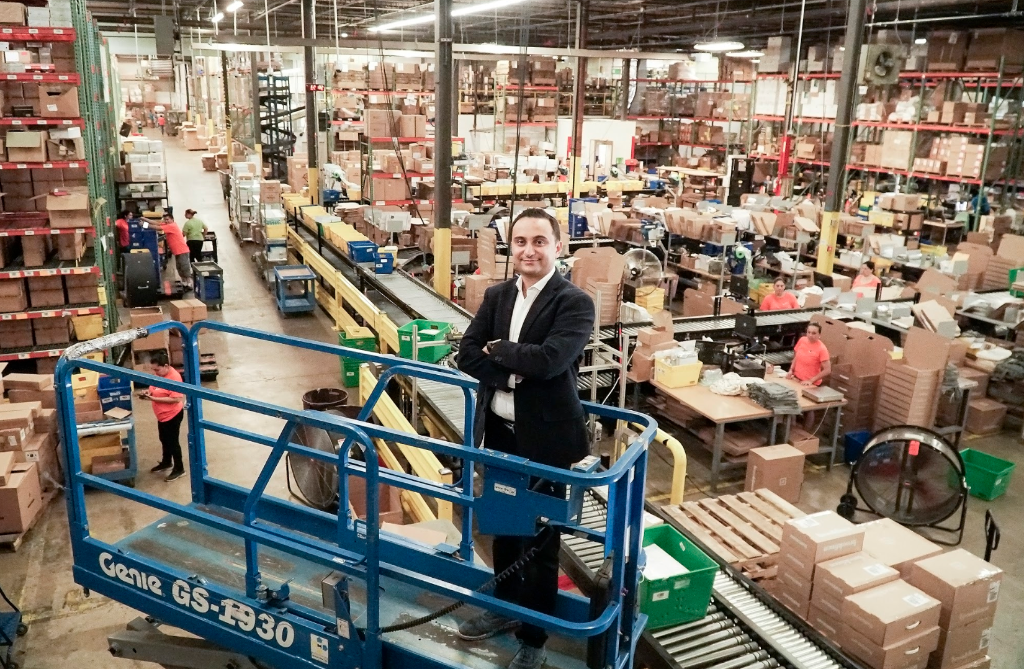 Thought Leaders in E-Commerce: Interview with Rafael Zakinov, CEO of Ruby Has

Amazon is setting the bar very high for e-commerce merchants in terms of delivery. Read how the industry is responding. 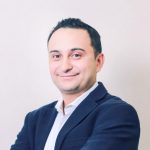 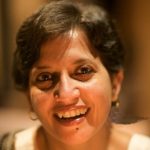 Read the complete interview between Rafael Zakinov and Sramana Mitra, the founder and CEO of One Million by One Million (1Mby1M), the world’s first and only global virtual incubator/accelerator. 1Mby1M’s goal is to help a million entrepreneurs globally reach a million dollars in annual revenue, build a trillion dollars in global GDP, and create 10 million jobs.

Sramana Mitra: Let’s start by introducing our audience to yourself as well as to Ruby Has.

Rafael Zakinov: I’m the Founder and CEO of Ruby Has Fulfillment. We’re an e-commerce-focused fulfillment company. We’re based out of Long Island, New York. We have locations throughout the United States servicing both coasts. We have come to be a real brand name amongst emerging B2C brands.

Rafael Zakinov: We currently have over 180 customers. Our customers really range. We have startups to VC-backed companies and also publicly-traded companies.

Sramana Mitra: Can you talk a little bit about the trends in your industry? Where do you feature in that conversation?

Rafael Zakinov: With respect to the key industry trends that we see, everything was about cost three years ago. Now it’s about speed. After you click the buy button, how fast can the customer get the product? Right now, that is a major industry trend. Back in the day, it was free shipping. Then, it was three-to-five day shipping. Then, two-day shipping and now, it’s same-day shipping. Companies are struggling to accomplish that and we’re bringing solutions to our customers.

Sramana Mitra: How do you do that? How do you compete with Amazon on same-day shipping?

Rafael Zakinov: Amazon doesn’t necessarily spend more money to get it to the door faster. They bring their distribution centers closer to the consumers. We have centers very close to major populous hubs where we enable same-day delivery. Let’s say one of our customers is Brooklyn Inn. If you buy something  at 11:30, it will be at your doorstep between 6 PM to 7 PM.

Sramana Mitra: But how?

Rafael Zakinov: We use couriers. We use a multitude of products to enable us to achieve that.

Sramana Mitra: It’s all about the placement of the delivery centers – nothing else is critical in this algorithm?

Rafael Zakinov: As far as the algorithm goes, we track and see where the consumers are by zip code, ensure that the zip code is serviceable by same-day delivery. If it is, the option is displayed to the consumer on the shopping cart level. That’s how that’s enabled.

Rafael Zakinov: It depends on what cities you’d want to reach. Right now, we have New York covered. We’re launching LA and San Francisco for next-day delivery. Essentially, you would need to place your centers very close by – within a 50-mile radius of major cities. That is the trend that we are tracking and executing on.

Sramana Mitra: If I’m an e-commerce company and one of your clients, you only have New York, and you’re starting LA and San Francisco, how am I covering the rest of the deliveries that I need to make?

Rafael Zakinov: We currently have three facilities in the US – New York, New Jersey, and Las Vegas. The other zip codes are achieved with two to three-day shipping depending on what kind of service levels they’d like to offer their customers.

Sramana Mitra: Can you help me understand the ecosystem of the options that the e-commerce companies are working with right now?

Rafael Zakinov: With respect to fulfillment?

Rafael Zakinov: You have many options. There’s the traditional route of having your own warehouse. You then have the option of using a third-party provider such as ourselves or Amazon. Those are the two options. The least one that is used is the third option of having it drop-shipped, which is rarely used especially for e-commerce brands and entrepreneurs who make their own brands.

Sramana Mitra: If an e-commerce vendor is trying to choose between you and another third-party logistics vendor versus Amazon, what is the case for choosing you? What is Amazon lacking?

Rafael Zakinov: First of all, Amazon does not provide any customization to the process. They don’t allow you to brand the packaging. Everything must ship in an Amazon box. In 2017, they did away with the option of paying an extra dollar for the use of a brown box. Amazon no longer gives you that ability. They’re really trying to do away with that whole third-party fulfillment. They want you to sell on their platform. Other marketplaces like Walmart don’t want you to ship in an Amazon-branded box.

Sramana Mitra: It’s the branding that is the key to choose another logistics provider.

Rafael Zakinov: That’s a huge proponent and they’re also quite costly with respect to their fees for marketplaces outside of Amazon.

Rafael Zakinov: Our most successful customers don’t even sell on Amazon for a multitude of reasons. All of our customers achieve, on average, two to three-day delivery for all of their customers.

Sramana Mitra: The question I’m asking is, to what extent, from a logistics point of view, is the market outside of Amazon able to deliver same day?

Sramana Mitra: That’s what you and your peers are working towards to create the coverage so that you can all provide same-day delivery. You’re trying to create an alternative to Amazon vis-à-vis same-day delivery as a third-party logistics provider segment that will compete with Amazon.

Sramana Mitra: There, Amazon is two to three years ahead? What are we talking here? At what point does this reach parity?

Rafael Zakinov: I don’t think they’re two or three years ahead. I think they’re six months to a year out. Between the technology that  is emerging with respect to DoorDash, Uber, Lyft and the like, they have bridged that gap. Amazon, three years ago, didn’t have these carriers at their disposal. I think we’re very close to achieving that. We achieved that for New York. We’re going to achieve that for LA, Las Vegas, and San Francisco in the first quarter of next year. We’re very much excited about that.

Rafael Zakinov: A multitude of players. Amazon did not have that available to them two or three years ago, but now it has become available to them as well. They’re also coming out with their own Amazon Prime-like subscription that they’ve started utilizing this year. That whole stronghold that Amazon had, with service providers like Ruby Has, that’s no longer true.

Our customers are able to control the branding, control the messaging, own the customer, and yet deliver that same level of shipping out of receiving an order and getting it to the consumer depending on how our customer wants to place their inventor whether that’s same-day or two to three-day delivery time. Amazon lost that advantage where five to six years ago, marketplaces would force sellers to ship. They would reward sellers that ship within one day or two days. That’s no longer acceptable.

If you go online and you place an order at 12 PM or even 1 PM, you expect that order to ship. You’ve come to expect that from Amazon but not other players. Now that is made possible.

Sramana Mitra: What is the cost implication of all this? What does it cost to deliver this level of service?

Rafael Zakinov: By working with a third-party logistics provider, there’s obviously a lot of advantage. Amazon has the advantage because they’re a goliath. A startup might not have that capital and scale to achieve multiple warehouses and conveyor systems. The cost is mitigated by pooling it together amongst other brands. It’s relatively inexpensive compared to if you try to do it yourself.

Sramana Mitra: Prime gives an incredible level of service with their unlimited free shipping based on subscription. Cost-wise, it’s formidable to compete with this.

Rafael Zakinov: It’s definitely not free. You do pay for it throughout the year. Their costs have shipping fees embedded in them. If you shop on Amazon and add-on an item, they’re significantly cheaper than buying them separately. The cost of shipping is included within the items themselves as well. Amazon is strategically placing that inventory much closer to the consumer. A perfect example is one of our clients such as Brooklyn; they strategically place their inventories in multiple of our warehouses to achieve that two-day delivery to about 90% of their customer base.

Sramana Mitra: What I’m hearing from you is that the pressure is on.

Rafael Zakinov: Amazon is setting the bar for the consumers. Three years ago, you would advertise your handling time as one day. That was acceptable even a year ago. That is no longer acceptable. Our sellers are literally putting on their websites, “Order by 2 PM. Ships same day.” Not many companies can achieve that. Amazon is setting that bar. It’s really the consumer expectation. That’s much harder to trail because they’ve already delivered that expectation. You expect to get something on your doorstep within two to three days.

That helped our business very much. We have sellers that are currently shipping out of their own warehouses for years on end. They have a pretty good structure. Either they can’t physically get orders out fast enough or their cost can’t accommodate that. We have very successful companies that are closing up their own warehouses and their own distribution center, and coming over to us to achieve that consumer expectation of shipping same day and getting the product there within two to three days.

Sramana Mitra: Getting that kind of coverage across the country with their own warehouses is a very expensive proposition.

Rafael Zakinov: Very expensive. They have to go out and find a different solution outside of going out and opening up another warehouse and hiring another manager.

Sramana Mitra: In general, the trend outside of e-commerce is about flexible resources, whether it’s human resources with the gig economy or office facilities.

Rafael Zakinov: Absolutely. If you asked me 10 years ago about sharing office space or going into a stranger’s car, I’d say ,”What?” The Ubers and the WeWorks of working together and outsourcing these important parts of your business is today’s standard. It’s beautiful to walk into a WeWork. You have a fully-designed space. There’s the fully-stocked kitchen at all times. The same thing with fulfillment where you traditionally wouldn’t have conveyors and other systems. You now have that. The emerging of the Ubers and WeWorks of the world has definitely alleviated some of that hurdle of giving over your inventory to another company.

Sramana Mitra: Terrific. Thank you for your time.